In the evening of Monday, June 4th 2012, the Village Hall was packed to capacity for entertainment provided first by Margaret Hurford on the piano accompanying her daughter Rachel Burrough on the violin, followed by several sketches and songs by the Kilmington Players with a notable rendering by David Lavender of  “The Fastest Milk Cart in the West”, who  had celebrated his 60th birthday on the Friday.


After a delicious hog roast donated by Millers Farm Shop and beautifully and attentatively cooked by Peter Huscroft and served by Rob Corbett, the Swing of the Axe Group led by Mike Tyler provided entertainment until the Beacon on top of St Giles’ Church tower was lit by Andrew Collier and Ben Trott at 10.13 pm, precisely in sequence with those throughout the Country to loud cheers from hundreds of spectators.   Air Cadet Alex Kerslake on the bugle and cornet played some patriotic tunes including “Land of Hope and Glory” and the “National Anthem”, accompanied in part by his sister Air Cadet Warrant Officer Lauren on the clarinet as the Beacon flared.  Thus ended a wonderful celebration which will live long in the memory of youngsters and adults alike, thanks to the organising Committee headed by Michael Collier, Chairman of the Kilmington Parish Council and countless helpers. 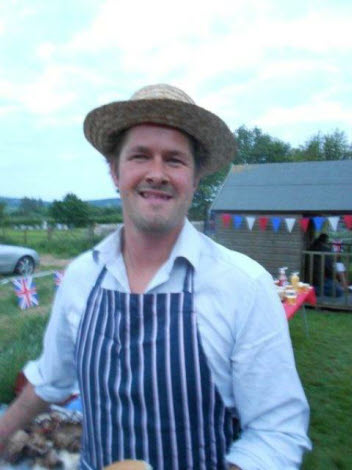 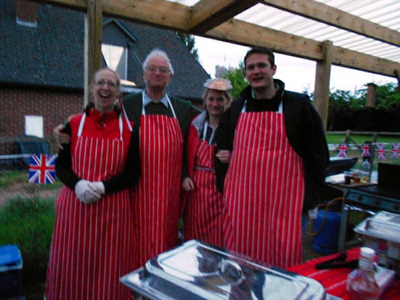 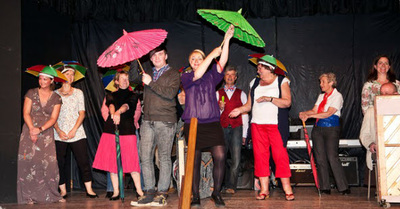 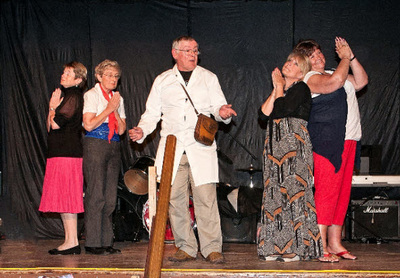 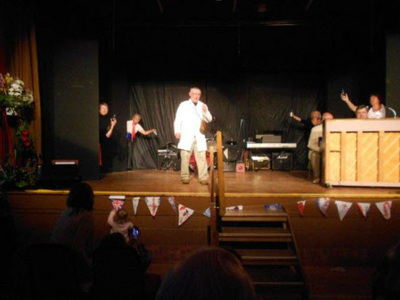 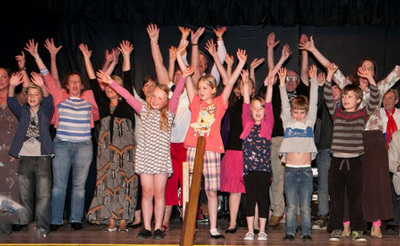 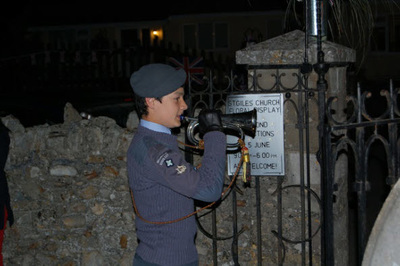 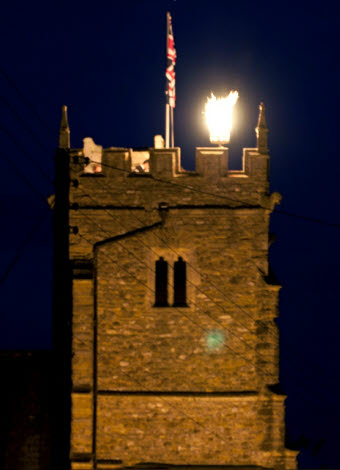